Reuters BANGKOK (Reuters) — Thailand’s prime minister on Tuesday defended police for requesting information about minority Muslim students from universities around the country, after criticism of the move as discriminatory and illegal.

Prime Minister Prayuth Chan-ocha said the police request, which follows a series of bomb blasts in Bangkok in August that were blamed on Muslim suspects, was needed to build a national security database.

An official letter from police, shared online by former rights commissioner Angkhana Neelapaijit, asked a university to supply information about the numbers, place of origin, sect affiliation and other details about Muslim-organized student groups. The name of the university was blotted out.

“This is an interference to personal rights and a discrimination based on religion,” Angkhana said, adding that freedom of religion and the right to privacy were guaranteed by the Thai Constitution.

About 90 percent of Thais are Buddhist, though Muslims are a majority in three southern provinces bordering Malaysia.

Prayuth said the move was necessary.

“The police has already pointed out that this is for the creation of a database on intelligence,” Prayuth said. “No rights have been breached. We cannot manage anything if we don’t have data.” 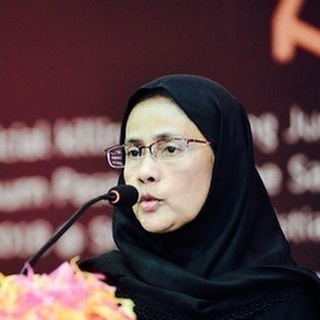 National Human Rights Commission of Thailand (NHRCT)
Her dedication has won her many several national and international human rights awards, they include the Gwangju Prize for Human Rights and the honored by the European Parliament as “Women Human Rights Defender” on 2006, an honor “De Chevalier De I’Ordre de la Le’gion d’Honneur” from the French President for her outstanding work in the human rights protection on December 2010. On July 2013, she awarded by the Senate House as “Prominent Women Human Rights Defender”. And on the human rights month December 2014, Angkhana Neelapaijit was honor by the UN Women as “Women of Achievement”.
Angkhana used to be the member of Constitutional Drafting Committee and Member of Constitutional Assembly in 2007. She also be the New Zealand Prime Minister’s Fellowship for ASEAN Leader 2016. At present Angkhana Neelapaijit is the Commissioner -National Human Rights Commission of Thailand her mandate covering Civil and Political right, Gender Equality and Situation of Human Rights Violation in Southern Border Provinces of Thailand.