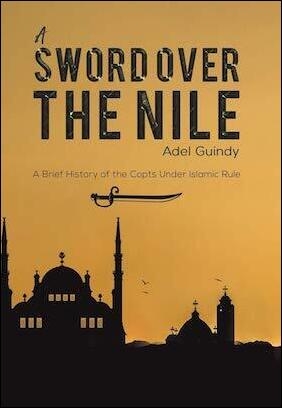 One of the benefits of Adel Guindy’s new book, A Sword Over the Nile: A Brief History of the Copts Under Islamic Rule, is that it implicitly answers an important question: how and why did non-Muslim nations become Islamic? In this case, how did Egypt go from being overwhelmingly Christian in the seventh century, to being overwhelmingly Muslim in the twenty-first century?

To understand the significance of this question—and because pre-Islamic Egypt’s profoundly Christian nature is often forgotten—a brief primer is in order:

Before Islam invaded it, Egypt was home to some of Christendom’s earliest theological giants and church fathers, including Clement of Alexandria (b. 150), Origen the Great (b. 184), Anthony the Great, father of monasticism (b. 251), and Athanasius of Alexandria (b. 297), the chief defender of the Nicene Creed, which is still professed by all major Christian denominations. The Catechetical School of Alexandria was the most important ecclesiastical and learning center of ancient Christendom.

Writing around the year 400, and further indicative of how thoroughly Christian pre-Islamic Egypt was, John Cassian, a European, observed that „the traveler from Alexandria in the north to Luxor in the south would have in his ears along the whole journey, the sounds of prayers and hymns of the monks, scattered in the desert, from the monasteries and from the caves, from monks, hermits, and anchorites.“

Some Europeans, such as the British historian and archaeologist Stanley Lane-Poole (d. 1931), even claim that Coptic missionaries were first to bring the Gospel to distant regions of Europe, including Switzerland, Britain, and especially Ireland. Most recently, both the oldest parchment to contain words from the Gospel (dating to the first century) and the oldest image of Christ were discovered in separate regions of Egypt.

Accordingly, something very dramatic, very cataclysmic—namely, violent persecution, as made clear by page after page of A Sword Over the Nile, which chronicles fourteen centuries of Islamic rule—was responsible for transforming Christian Egypt into Muslim Egypt.

Should anyone consider the Coptic sources of being biased against Islam, it is worth noting that Muslim sources often confirm them. For instance, in Taqi al-Din al-Maqrizi’s (d. 1442) authoritative history of Egypt, anecdote after anecdote is recorded of Muslims burning churches, slaughtering Christians, and enslaving Coptic women and children—often with the compliance if not outright cooperation of the authorities. The only escape then—as sometimes today—was for Christians to convert to Islam.

Indeed, after recording one particularly egregious bout of persecution in the eleventh century, when, along with countless massacres, some 30,000 churches, according to Maqrizi, were destroyed or turned into mosques—a staggering number that further indicates how Christian pre-Islamic Egypt was—the Muslim historian makes an interesting observation: „Under these circumstances a great many Christians became Muslims.“ (One can almost hear the triumphant „Allahu Akbars“.)

Yet physical violence was not alone in making such a fiercely Christian nation become Islamic. The dhimma system, Islam’s discriminatory rules for governing Christian and Jewish subjects (based largely on Koran 9:29 and the so-called Conditions of Omar), while providing some religious freedom, also stipulated a number of fiscal burdens (jizya), social inequality, and a host of other disabilities that, decade after decade, century after century, saw more and more Copts convert to Islam to alleviate their burdens and achieve some semblance of equality.

Thus, in his The Arab Conquest of Egypt (1902), historian Alfred Butler mentions the „vicious system of bribing the Christians into conversion,“ before elaborating:

[A]lthough religious freedom was in theory secured for the Copts under the capitulation, it soon proved in fact to be shadowy and illusory. For a religious freedom which became identified with social bondage and with financial bondage could have neither substance nor vitality. As Islam spread, the social pressure upon the Copts became enormous, while the financial pressure at least seemed harder to resist, as the number of Christians or Jews who were liable for the poll-tax [jizya] diminished year by year, and their isolation became more conspicuous. . . . [T]he burdens of the Christians grew heavier in proportion as their numbers lessened [that is, the more Christians converted to Islam, the more the burdens on the remaining few grew]. The wonder, therefore, is not that so many Copts yielded to the current which bore them with sweeping force over to Islam, but that so great a multitude of Christians stood firmly against the stream, nor have all the storms of thirteen centuries moved their faith from the rock of its foundation.

Such is the forgotten history of the Copts‘ diminution: that ten percent of Egypt is still Christian is not a reflection of Muslim tolerance, as many apologists claim, but intolerance. While the lives of many Christians were snuffed out over centuries of violence, the spiritual and cultural identities of exponentially more were wiped out in their conversion to Islam. (Such is the sad and ironic cycle that plagues modern Egypt: those Muslims who persecute Christians are themselves often distant descendants of Copts who first embraced Islam to evade their own persecution.)

In short, if it were not for the Copts‘ stubborn resilience and endurance, Christianity would have been wiped out altogether from Egypt—just as it was in the rest of North Africa, which, before the seventh century Islamic conquests, was also thoroughly Christian.

In connection, it is interesting to note that, according to the Convention on the Prevention and Punishment of the Crime of Genocide (adopted by Resolution 260 (III) A of the U.N. General Assembly on December 9, 1948), both violent and nonviolent pressures are deemed factors of genocide. „Killing“ and causing „serious bodily or mental harm“ to members of any group of people—in this case, „infidel“ Copts—are the first two legal definitions of genocide. The third definition of Resolution 260 encapsulates the „slow-motion genocide“ that typifies Coptic history under Islam: „Deliberately inflicting on the group conditions of life calculated to bring about its physical destruction in whole or in part“ (emphasis added).

That is precisely what the aptly called Conditions of Omar does. It imposes negative „conditions of life calculated“ to prompt the Copts to abandon their Christian identities/heritage in order to reap the benefits of joining Islam—which includes the cessation of persecution and discrimination, as A Sword Over the Nile makes abundantly clear.